Los Angeles-area Rabbi Ed Feinstein tells a famous story about life in Israel after one of its many upheavals. He recounts walking in Jerusalem and seeing the city return to itself. He sees Chabad rabbis at the downtown corner of Ben Yehuda St. and Jaffa St. “doing what Chabadnik’s do everywhere, putting tefillin on every passerby. There came along a scruffy looking secular Israeli who began arguing with him:

“We don’t need this here. Go back to the 14th century where you belong!”

“Keep your Moshiach. We’ll solve our problems ourselves!”

“But you are the problem!”

At this point, a crowd gathered and, with glee, a fellow turned to him to say: “Isn’t this great?! It’s almost normal again.”

Many things about this story touch me. One is the sheer normalcy of people mulling about outside, talking to each other. Even the most introverted introvert among us probably misses that now.

A second is how close to the surface spirituality, spiritual practice and social engagement are in Israel – and for many of us at TBE. Maybe we’re more inwardly reserved and less “in your face” than the stereotypical street exchange of this Israeli story, but we can relate to how much they care. We care, too.

A third is how engagement, debate and disagreement amidst Jewish diversity are so instinctively felt as measures of “normal” – even and precisely under exquisitely not-normal circumstances. After a disruption, slowly we begin to re-center. Maybe despite ourselves, we start to re-assert who we are and what “normal” is into whatever the new “normal” might be. Maybe it’s not the old normal – in the Jerusalem fellow’s words, maybe it’s “almost normal” – but it’s a step toward re-engagement, a step toward the future.

Same with us. We’re not yet on the streets: it may be many some weeks (Biblically speaking, “a long time”) until once-routine social engagements can proceed as “normal” (or even “almost normal”). But after Biblically “a long time” already on this end of Corona’s social distancing, there’s a pace and feel setting in for many. It’s also true that we’re not out of the woods yet: difficulties, disruptions, hardships and tragedies continue. Even so, we’re not where we were six weeks ago: collectively, more and more, we’re re-centering.

Such is the inherent power of the human psyche and the way of all spiritual life. Implicit in our humanity is a natural capacity and impulse to adjust, re-engage after hardship and pulse forward. In Jewish terms, it’s a seemingly inexhaustible and irrepressible chutzpah – an audacity intertwined with our very power of living.

In recent days, onto my social media feed has flowed one post after another about resilience – what it is, why it’s important and how we cultivate it. It seems telling that this resilience gospel comes now but not sooner. Maybe until now we weren’t ready, and maybe some of us still aren’t, but societally there’s a readiness slowly emerging. 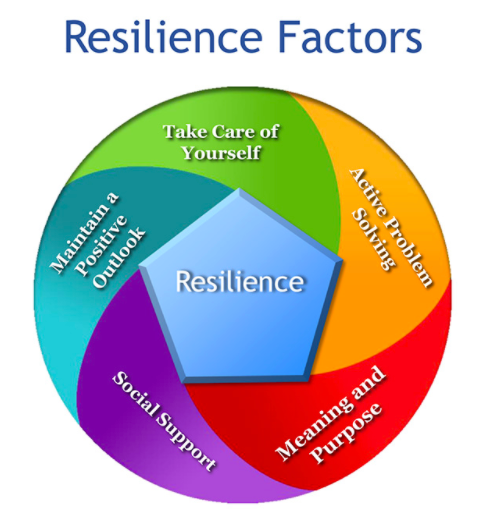 Entertainingly, the resilience gospel posts all say much the same thing: Seek meaning and purpose. Take care of yourself. Maintain positivity. Seek and accept social support. Actively solve problems. Do all five to achieve the balance that will most rouse resilience. Note which of these might feel weak or missing in your life, and make those your focus in the days ahead.

Put this way (as did the U.S. Foreign Service Association), it all sounds formulaic, mechanical. Charts and graphs are like that.

Spirituality, however, is not. Do we bring redemption by a particular spiritual practice like laying tefillin on a Jerusalem street corner? by modernity? by diversity? by immersion? in isolation to re-set priorities? by loving each other as we love ourselves? by loving God with all our heart, all our soul and all our might? by giving tzedakah? by acts of tikkun olam that repair the world? by all of the above? by none of the above?

It’s time. Now in our sixth week on Corona lockdown, the chutzpah of life begins to re-assert. It will press us, challenge us and even confound us. It may arouse impatience and house rot. It may steel our resolve. It may inspire ingenuity and creativity. It may leave us feeling like we have to turn somewhere – anywhere! – but we must turn.

Find your chutzpah. Let it arouse in you a resilience that can help redeem the world and re-define whatever the next “normal” will become. It’s time.

Past corona-themed spiritual messages from Rabbi David:
From Week 2: The spirituality of melting down
From Week 3: The liberation journey when so little feels like freedom
From Week 4: How can we celebrate? How can’t we?
From Week 5: Countdown to what’s next